*This was written on my plane ride home from Haiti. God has been challenging my heart with how I view comfort. I hope this speaks to you in some way.


2 Corinthians 4:17-18
I struggled this week with comfort. At first it was my own comfort. I was hot, sweaty, tired, nauseated, achy (from the hard bed and sitting in the back of a truck riding down roads that are not paved). I itched from bug bites, my showers were too cold, Internet access was sketchy, talking to my family was hard, and my feet became swollen.

The night our devotion was over these verses, I vividly remember saying "this is light and momentary affliction. I focus so much on my comfort on this earth that I step out of my comfort zone to help those in need".

Throughout the week, though, I saw peddlers on the street selling any good they had access to, Haitians working in the tin market in the heat and humidity, children living in buildings that were broken down and provided no real safety, human trafficking, children with no clean clothes, no access to showers, limited access to foods, little to no access to caregivers who actually cared, homes with no electricity and running water, no beds, markets where meat is left out to be sold, trash that fills the street, smells of urine and everything else engulfing a place where food is bought.

And I only thought about my comfort. About how I felt being there and how I would feel if I lived there and then deemed that "sacrifice".

Now I'm on a plane home, wrapped in a blanket because I'm cold. I'm thinking about the people I saw and I met. The people who own businesses, raise their children, are hospitable, believe in the good of others, and love their country. And I'm asking God "why do I get to go home to the States where my life is comfortable? Why do I not have to starve? Why do I have food and clothing and access to air conditioning?"

And this verse came to mind "this light and momentary affliction is producing for you an eternal weight of glory".

Jesus is coming back. This world is temporary. Praise the LORD. It's temporary. And God has so much more for us in Heaven than we can ever imagine. There is hope.

To Those Who Are SURVIVORS of Sexual Abuse

My perpetrator was 10. He lived in my house with me the entire time that I was abused and no one knew about it. I promised not to tell. I lived for many years not telling my parents or anyone else that it had happened because I had told him I wouldn't. He never received any justice. He never showed remorse. No one ever advocated for me.

I grew up feeling like I was alone and worthless.

I'm sure you know that feeling.

I'm sure you have seen the news stories, blogs, Christian leaders, etc coming out in defense of the perpetrator.

"He asked for forgiveness from those he abused." they say.

"Jesus has forgiven him." they say.

I'm sure the words of those defending this man have stirred up many different emotions in you, like they have in me.

I'm actually jealous that they apologized publicly because I never got an apology. I actually used that as an argument on a friend's facebook page. "It's more than what I got." I said.

Let me answer this in case you are wondering. YES! Jesus died on the cross for that sin just like he did every. other. sin.

But just because Jesus died on the cross for that sin and EVERY other sin doesn't mean that we do not face the consequences of our actions here on Earth.

Jesus died for murder, but that doesn't mean that murderers don't go to jail for their crimes. We don't stand on courthouse steps and scream "Jesus forgave him, we should too. Don't send him to jail."

Christians, THIS IS NOT ACCEPTABLE! This is a crime that cuts to the very core of the person affected by the abuse, and walks with them daily throughout the rest of their lives.

Should we encourage and walk through forgiveness with survivors of sexual abuse? YES! But this should not be INSTEAD OF sending them through the justice system. This shouldn't be the issue that you say (often years later) "Just get over it!"

If I could "Just get over" my sexual abuse then I would have 27 years ago. I wouldn't be in counseling 27 years later. I wouldn't be terrified of it affecting my two precious daughters. I wouldn't be taking anxiety medication because I wouldn't be having panic attacks and becoming physically ill when these issues arise in the media because they wouldn't affect me any more.

But they do. They do because sexual abuse is very personal. Sexual abuse takes a part of you that you don't even know exists, and then it heaps guilt and shame on you because for some reason you, the victim, must have done something to tempt the abuser. We don't simply stand up and say that there is evil in this world and that's why the abuser abuses. We blame and bring shame upon the victim, and fall prey to the abuser's lies that they [the abusers] are the victim.

Survivor, I am with you. I am enraged, I am hurt, I am sad, I am anxious, and I am physically ill over this story. Over the many stories that are not brought into the media about sexual abusers getting off without paying for their crime.

I am very sorry that you are walking this road. I am here with you. I am trying to navigate this life with sexual abuse as part of my story. And I ask you to use your voice. Don't live in fear. Don't let others silence you. Demand that you are able to tell your story. Know you are not alone. Don't believe the lie.

Let's use our stories to change this world so no one else will have to be shamed into silence.
Posted by Cynthia at 7:42 PM 1 comment:

I Get It Now

Last night I got home at 2 AM from picking up my friend at the airport in San Antonio. Since I was out late, Paul took the girls to a drop in childcare center (where we have taken our girls many times) so that I could sleep in and then take care of some things I needed to.

I woke up at 10:15 AM, went through my morning routine, and left the house around 11. I thought about going to get the girls before I went to run errands, but we had said we would pick them up at 12:30 so I took my chance to do some grocery shopping alone. I went to Target, grabbed a coffee, sent some group messages to see if I needed to grab anything for our MC tonight, and then started shopping.

I went to the pharmacy to grab some prescriptions, and they said they had 2 more for me they could have ready in 15 minutes. So I decided to wait, ran into a friend and caught up on some stuff, and my phone rang.

It was the director of the child care center. She said "Mrs. Coppinger, I just wanted to call and let you know that while coming in from outside Amelia was bit 3 times by a younger child on her arm. It didn't break the skin. She didn't cry at all, we have put ice on it, and her teacher held her to comfort her. She just sat down to eat lunch. I just wanted to let you know so you weren't surprised."

Everything in me wanted to forget everything else and go get my baby. I did get my prescriptions, check out, and drive the speed limit to get her.

When I got there I was thinking a few little bite marks no big deal. When I saw her arm I wanted to scream. Her arm has welts on it, and one of the bites is already bruising.

When she saw me, she lifted up her arm and her eyes filled with tears. My heart broke for my sweet girl.

And that's when it clicked for me. That's when I realized how God felt when I was sexually abused.

I have struggled for many years to understand why God would allow me to be sexually abused. I have been angry at my perpetrator, my parents, God for many years. I have asked why, and questioned "If God is good...WHY?!?!"

I didn't get it until today, but I get it now. I'm still a good mom even when my child is hurt. God is still good even when I am hurt. He forgave so I can forgive.

God demonstrated His love for us that while we were still sinners, Christ died for us (Romans 5:8).

Posted by Cynthia at 3:03 PM No comments:

Four years ago I gave birth to the most beautiful baby girl I had ever laid eyes on. She was absolutely perfect, and absolutely healthy. Healthy is important because 20 weeks earlier we had lost her twin brother, Owen, with no warning and with no knowledge why.

I'm pretty sure that this sweet girl would have stayed snuggled into womb for many, many more weeks had the doctors not said that it was absolutely imperative that she come early. I know this because this sweet girl likes to stay snuggled into her bed or next to me as long as she possibly can.

She is the best big sister I know. She loves Amelia with all that is in her, and then some. She forgives without being asked for forgiveness, and she offers so much grace to this mama who is trying to just keep her head above water some days.

Julia Ruth, you are truly a blessing to daddy and me. You will always be the girl who made me a mama and showed me how deep love runs. Happy Birthday sweet girl!! I love you!! 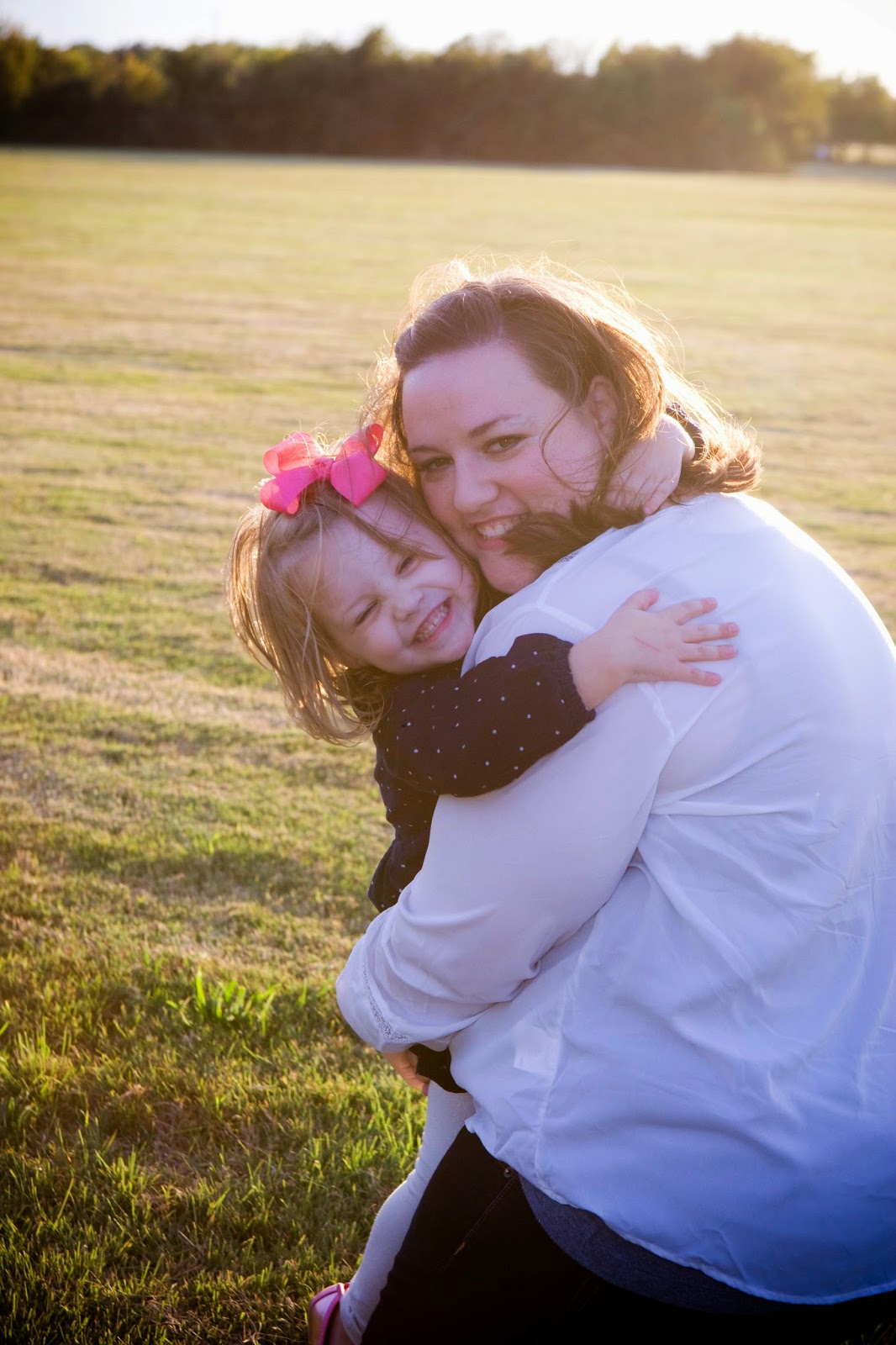 Posted by Cynthia at 8:52 AM No comments: